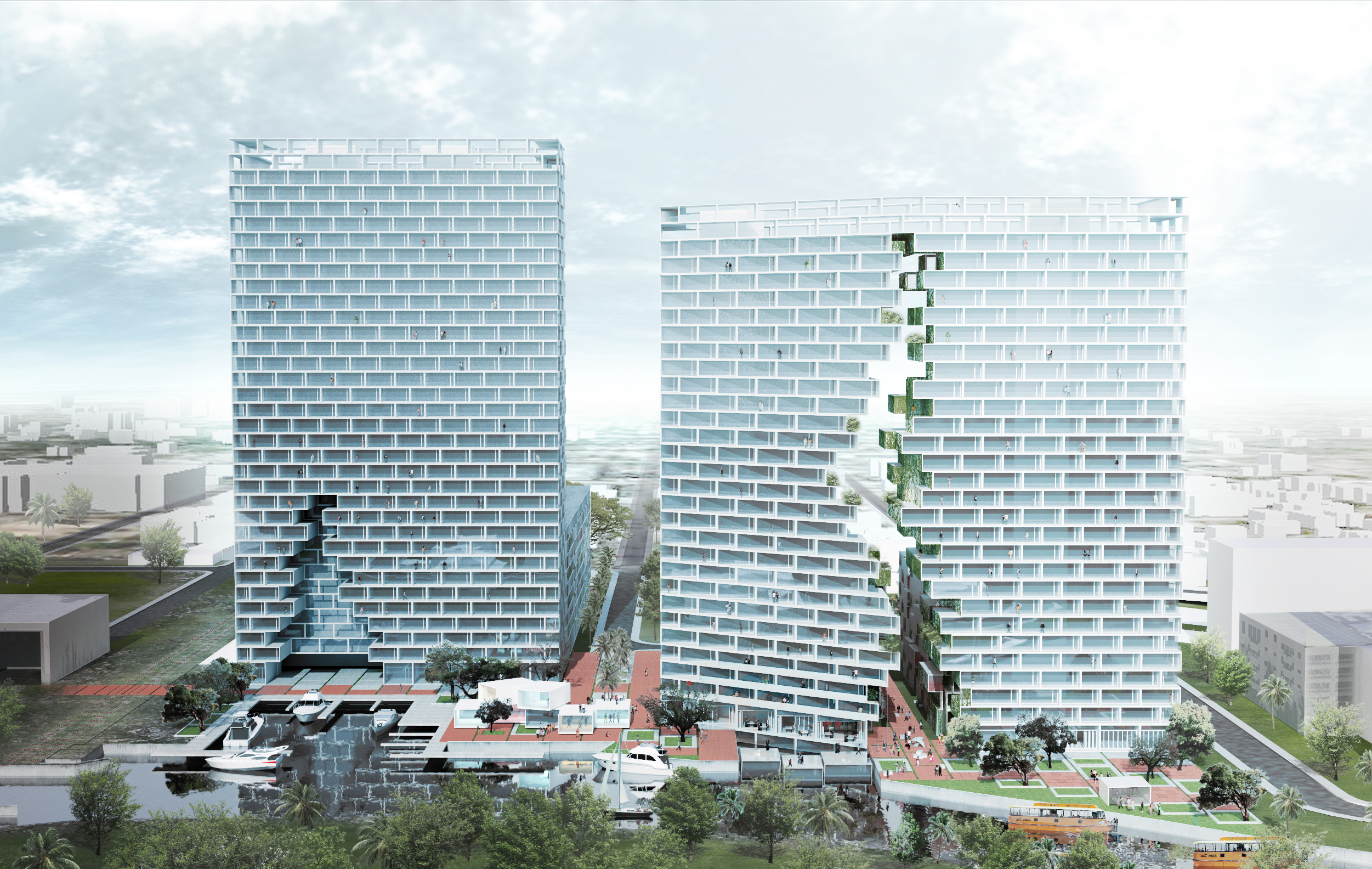 That’s because, if it is approved, it could change the way people perceive downtown Fort Lauderdale – particularly south of the New River. About 1,000 units would be developed at one site there, a metaphorical parallel to Miami’s Icon Brickell, which had 1,800 units and helped transform the neighborhood into a 24/7 urban community.

Instead of acquiring that kind of critical mass over several projects, Marina Lofts would be the one project helping to draw lots of people into an area disconnected from the rest of the city – a phantom limb of a neighborhood that would be well served by the investments the city and the county will make in transportation.

Asaf “Asi” Cymbal has chosen world-renowned architect Bjarke Ingels to design the new plan for the 6-acre site, formerly owned by an affiliate of Cabi Developers.

The project is planned on three parcels between Southwest Fourth Avenue and the Florida East Coast Railway. It is currently home to the Water Taxi, the Pirate Republic Seafood Grill & Bar, a boat club that rents vessels and the boat storage facility.

Cymbal says many of the residents will be nurses and other medical service professionals who will want to use The Wave streetcar to get to and from work. The proposed route goes to Broward Health Medical Center.

If the city approves the project on Aug. 20, it will be building on the momentum of other projects like New River Yacht Club, a community of 249 rental apartments under construction next door.

Project supporters claim it will help spur a strong, vibrant downtown where people walk and bike to Las Olas Boulevard, nearby galleries and redevelopment that is planned across the New River at Las Olas Riverfront.

“Right now, you drive through the downtown on the weekends and it’s a ghost town,” commercial broker Tom Godart said.

Despite support from city officials, some local residents and businesses oppose Marina Lofts and the planned relocation of a large rain tree on the property. Protestors were present at a May planning and zoning hearing, which ended with the board supporting the planned development.